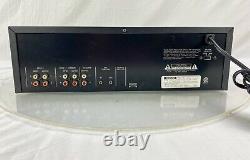 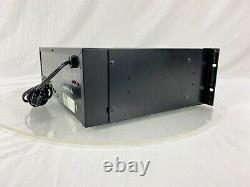 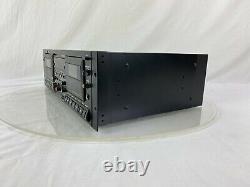 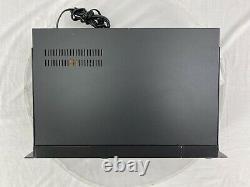 Paul White takes Tascam's new dual cassette deck into the studio for practical trials. Most dual cassette decks are pretty sad affairs, best suited to the less quality-conscious listener who wants to make a quick bootleg of a friend's tape for in-car or Walkman listening. While there are few legitimate uses for a dual cassette deck, one such is in the project studio, where clients frequently want to run off a handful of tapes from their own master. Indeed, I have a TEAC W525R dual deck in my studio for this very purpose, and like many of these decks, it offers regular or double-speed copying for a choice between speed and convenience or highest quality. Basic dual decks are pretty limited in what they can do, because you can usually only record on one of the decks.

It would be more useful sometimes if you could record on both at once - especially if your master tape is being played from DAT and not using up one of the cassette decks. Enter the dual deck that does it differently - the 3U rackmount Tascam 302.

Both decks can be used to record and play with dubbing from decks one to two at either standard or double speed. A number of professional features have been included, making this deck very flexible both in the studio and in sound installation applications.

Perhaps the most important ability is that of being able to record on both decks at once, but there's also a Cascade feature which allows multiple 302s to be connected and controlled from a single deck for quantity copying applications. Here, the master tape can be a cassette in deck one of the master machine, or it can be an external source, such as a DAT machine. Conventional phono leads are used to cascade the audio, with a further set of phono leads needed to cascade the external control connections. Each machine also has a socket for an optional hard-wired remote control. For background music applications, the two decks can be set up to play sequentially, and because the mechanisms auto-reverse, you can play all four sides of two cassettes in order before having them repeat.

By linking multiple 302s, you can have as many tapes play sequentially as you like. The deck facilities are identical for each of the two tape drives, and each has totally independent controls apart from those associated with deck-to-deck dubbing and auto-reverse playback. Separate audio ins and outs are provided for the two decks, but these can be switched to Common mode so that only deck one's inputs are required when making duplications. There's a choice of Dolby B, Dolby C or Off for noise reduction - again independently switchable for the two decks - but there's no HX Pro (a headroom expansion system used in conjunction with Dolby noise reduction to prevent high-frequency tape saturation).

Each deck has its own Pitch Control, Input Level and Record Balance pot. Master/Slave switching status is provided for applications where multiple machines are being used, and the headphone output may be switched to either deck. Other than that, the transport controls are pretty conventional, with a Return To Zero function and a 4-digit tape time counter. A custom fluorescent display provides counters and bargraph record level meters for both channels, and the tape doors are nicely damped so that they open slowly when Eject is pressed. In use, the Tascam 302 delivers clean, bright recordings within the constraints of the cassette format itself.

Slight wow and flutter was evident near the beginning of some budget cassettes, but I guess few machines would do better under the same circumstances. The varispeed option is welcome, as it allows master tapes made on poorly-calibrated machines to be brought back to concert pitch. Overall, the audio performance of this machine compares well with most mid-price hi-fi decks.

Though more costly than your average dual cassette deck, the Tascam 302 is a genuinely useful machine to have around the studio. It can handle the odd high-speed dub with ease, yet at the flip of a switch, it can make two real-time copies from an external source.

Add one or more additional machines and you have a real-time copying suite. The continuous replay facilities are less useful in a studio environment, but they're well thought out and effective. Definitely a step up from your regular dual deck. Allows you to record on both decks at once in real time, or dub from one to the other at single or double speed.

Cascading option for multi-machine dubbing. Dolby B and C noise reduction. A useful studio deck for producing small runs of copies from cassette or external sources such as DAT masters. This item is in the category "Musical Instruments & Gear\Pro Audio Equipment\Recorders".